This post was firstly posted on Armenian Nessuna’s blog and on photographer Onnik Krikorian‘s blog and gave rise to great debate about gender issues and sex education in Armenia. Unfortunately, Onnik’s and other comments from the Armenian blogosphere are not longer available on the web.

Although characters, names and story are fictional, all conversations have real elements. Nothing has been invented.

The sun is shining and the three girls are quietly strolling down the streets of central Yerevan, looking at the stores, at the guys and, every now and then, also at their image reflected on the shop windows.

Silja, eighteen years old, stops suddenly in front of a shop that sells underwear. Bras and knickers of all kinds catch her attention.

“Not bad” she comments. “My boyfriend back in Norway would be impressed.”

Lilith, twenty-one, looks at her and says nothing.

Then she asks: “Why are you saying so? Don’t you have stores like these in Norway?”

Mélanie, twenty-five, enters the store and the other two follow her.

“You know,” Silja says while checking the price tags on the lingerie, “actually I don’t really miss him, I am having fun here, other things, of course, but I’d just like to see him just for an hour or so and then get back here” she giggles. Maybe what I miss is sex…!”

“Come on, you’re only staying here for two weeks, can’t you stay without sex for two weeks?” Mélanie comments.

“Of course I can, but I wouldn’t mind having some anyway…maybe I can try with one of these guys…”

Mélanie smiles. Lilith does not say anything.

The three go out of the shop and continue their walk in the city centre.

“Would you really have sex with an Armenian guy?” asks Lilith after minutes of silence.

“What would you do with him?” she adds, interested.

“What do you mean? I don’t know. I’m not having sex with any guy who knocks on my door, you know?”

She feels weird, she only made a remark… and what’s all this interest? “What would you do with him…what  a stupid question” Silja thinks…especially asked in that way as if Lilith really didn’t know what one could do…

“I don’t know. Why? Do you do it differently here?” Silja  finishes her sentence, laughing.

“No, well, I guess no. Just wondering. Just because here you don’t really go to bed with guys like that…do you really do it in your countries?”

“What do you mean? That you wait to get married or what?” Silja can’t stop laughing, even if she’d prefer not to.

Mélanie is older and tries to be the mediator. “Well, it depends Lilith, it can happen to have casual sex with a guy. But this does not mean that is well seen or that people have something against it either. It depends, it happens. But usually people have sex before getting married, unless they’re really religious…but even then…it’s normal if you have a boyfriend to sleep with him.”

“Normal? What do you mean normal?”

“That people do it”

“The fact that people do it does not mean that is accepted. Here some do it, but people say that no guy will ever marry you if you’re not a virgin.”

“Oh man! No guy will ever sleep with you if you are a virgin!!” yells Silja. “Don’t tell them, otherwise you won’t get any sex!”

“Well, you see Lilith, it used to be like that in France too,” Mélanie tries to balance Silja’s attitude, but it’s hard, because Silja keeps making faces and Mélanie starts thinking that this conversation is probably more difficult for Silja than it is for Lilith…

“but now things have changed and it is accepted to have sex before marriage.”

“Yeah, I mean, people do it here too. Traditionally they are not supposed to, but then there are all these surgeries to, you know, rebuild…how is it called…you know…”

“That. Well, lots of women go to get surgery to have it back. And there is this surgery that lasts three days…”

“What do you mean three days?”

“Three days, so they can get married without their husband knowing that they were not virgins. The problem is that a lot of men know about this surgery, so sometimes they wait four-five days before having sex with their wife…just to make sure…”

Mélanie is impressed, Silja is outraged.

“What? Don’t they trust their wives?”

“And then there is like a party to show the sheet…”

Silja can’t believe it. “Oh God! That’s disgusting, can you imagine that?”

“But, you know” Mélanie adds, not everyone bleeds… for example I didn’t bleed and I know when I lost my virginity!”

Lilith shakes her head. “When was that?”

“No, I think the average in Europe is between fifteen and seventeen.”

“There are many ways…” Mélanie starts.

Silja takes Lilith’s finger and put it on the inside of the upper part of her arm.

Lilith feels like a hard long thin thing under the skin of Silja’s arm. “What’s that?”

“It’s a stick that prevents from having kids”

“It’s a device that releases hormones”, Mélanie explains. “You have it put under your skin and it lasts three years.”

“Three years? What if you get married and you want to have children?”

“I’m eighteen! I definitely don’t have any intention of having kids in the next three years!”

“It is very good for women who tend to forget the pill and are weaker. In fact, it doesn’t affect your stomach as the pill.”

“Yes. That was my case! I’d always forget it! And the pill can make you become so fat!” Silja adds.

“There are also other devices. The sticker for instance. Or the ring. Same system, they release hormones, you have a “fake” period when you remove them.”

“Where do you put them?”

“The ring is put inside, like a tampax. It’s great. You don’t see it, you don’t feel it. The sticker is like a band-aid, just bigger. You put it on your skin, wherever you want. Women usually put it where it can’t be seen, under their clothes.”

“The problem with these devices is that they don’t protect you from sexually transmitted diseases, such as Aids.”

“Here people mostly use condoms. But they do it for not getting pregnant. Also because there is no Aids in Armenia.”

“Aids is everywhere. And you know, there are many other diseases that are sexually transmitted. Some may not be as deadly or as dangerous, but this does not mean that it’s nice to have them…!”

“I don’t know, but I don’t really trust them…I know that in the 1950’s in France women use to wash themselves with Coca-Cola before having sex …well, that doesn’t work!”

Silja and Lilith laugh. “I bet it doesn’t!”

“Yes, but girls believed that. Then there are parsley teas. You know, parsley can be poisonous if taken in heavy doses. Pregnant women use to drink a lot of parsley tea, in order to get so sick to lose their child. It would work, but it was very dangerous for women’s health.”

The sun is hot and the three girls, now laughing together while listing all superstitions they know on how to have natural abortions, sit at a café to get something to drink.

“My back really hurts. It would be nice to have a massage…I wish massages here were cheaper…”

“And made by handsome guys…” Silja adds.

“Yeah, how come there are always beautiful masseuses making massages and never guys?”

Mélanie smiles. “You’re right. You know, once I was with some male friends of mine and we went to have massage in a specialized centre. Afterwards they told me they had all got “extras”. And of course I didn’t get anything!”

“What kind of extra?” asks Lilith.

Silja makes gestures with her hands. First her closed hand going back and forth, then she pushes her tongue against the inside of her mouth.

Lilith looks at Silja “So?”

“You know…I think they got a wank and a blow job.” Silja answers.

Mélanie sighs and explains. That morning she hadn’t thought she’d become a teacher in sexual education….

“Well, you know, they masturbated them with their hands or they performed oral sex on them.”

“What do you mean by oral sex?”

Silja looks at Lilith as if she were joking. “You mean you don’t know?”

“Well,” answers Lilith embarrassed “I kind of know, but as we’re here, talking about it, maybe you can explain it to me no?”

“Yes, you’re right. Sometimes we tend to take too many things for granted. Sorry.”

“Well. Oral sex. Oral sex is when people sexually arouse each other by kissing, licking, sucking or in general having a contact with their mouth and their partners’ genital organs.”

“You have a way of explaining things…” Silja says.

Silja and Mélanie look at each other.

“Well, I knew about girls on guys…but I still think it’s disgusting…but guys on girls…I think here guys don’t do it. I’ve heard they don’t.”

“Yes, of course I have heard about it, I just didn’t know exactly what all those gestures meant.”

“Movies. My brother with his friends…but guys make fun of those who make it.”

“God. I can’t believe it. How can girls survive without oral sex?”

“No, really, I couldn’t…and I can’t believe all these girls dress up like that to go out and they don’t even get sex. What do they dress up for?”

They slowly finish their drinks and leave the café. No one talks.

Silja is shocked, she looks around her and starts thinking about all those people’s private life. She wants to know more about them.

Mélanie is impressed too, but mainly by Lilith’s ignorance, which she knows is not typical of girls of her age, even in a traditional country like Armenia. She wonders what this may depend on. Maybe if there is not education given by school or family and girls are shy and prudish, they end up not knowing anything…People should just be informed; nothing against traditional values, but knowledge allows choice and avoids trouble…

Lilith does not talk either, she processes quickly all the information she’s been given and she’s got more and more questions to ask…She didn’t know she was so curious…

They slow down their pace and tension among them gradually falls. Still no words, but Silja does not try to impress anymore and stops being so loud; Lilith is no longer as shy. Little by little the three girls start talking, then laughing together again while walking closer to each other. 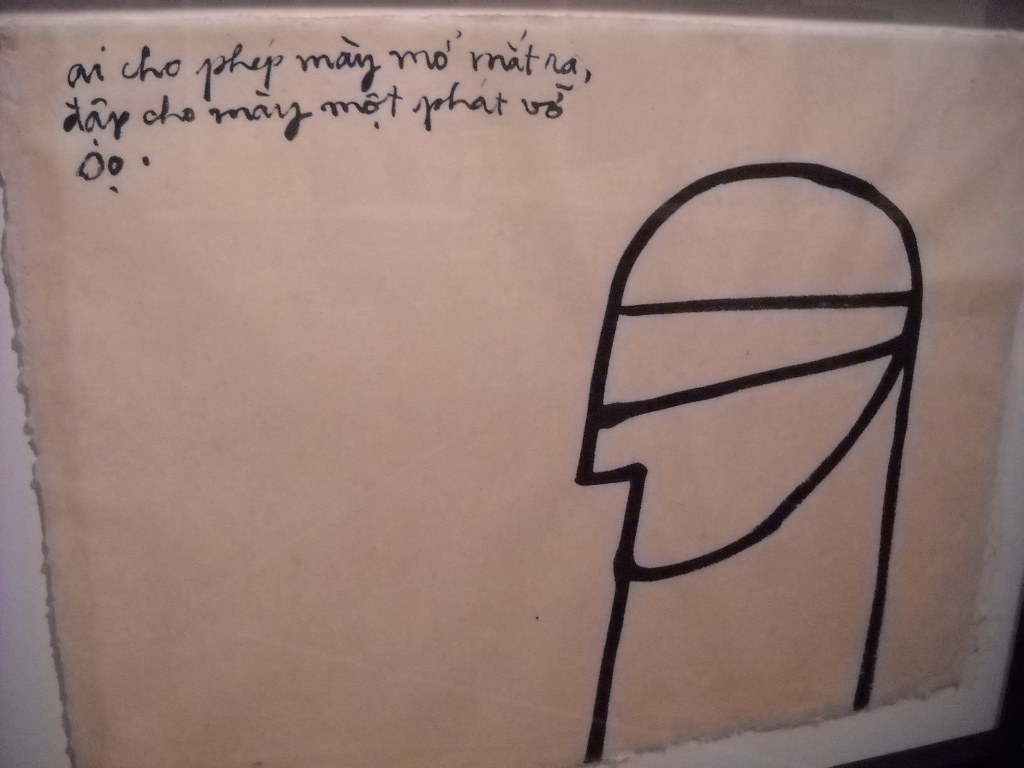