Exposed long legs, beautiful thin ankles, and small feet encapsulated in colourful high shoes. Heavy make up, long and shiny hair, happy smiles. Hands perfectly manicured, they move graciously. You can see them chatting and laughing. They often speak many languages. Many go to University, travel abroad, dream, and even plan brilliant careers, or at least those living in the Armenian capital, Yerevan. In rural Armenia traditions are more heavily rooted. They have the same make up and wear the same high heels, but freedom doesn’t exist even on the surface. The sun sets and the women disappear. They don’t smoke in public and often cannot leave their village without the permission of their fathers or brothers. Armenia, a small Christian nation in the Caucasus bordering three mainly Muslim countries lets its girls show their beauty, but keeps an arm around them for their own “protection.” A patriarchal and hierarchal society keeps them under the control of men so that girls grow up thinking that they’re being protected with love and are kept away from dangers from abroad. However, inequality hides behind what might at first seem like equality. The fairer sex is weak. It’s a flower that belongs to men, and it’s one that can easily be damaged. Men have the duty and pleasure to help them blossom and grow by protecting their beauty, but while the surface is quiet, underneath lies a deep crack linked to daily life and rooted in traditional culture. Roles are separated and very well defined.

Lika, is a 24-year-old graduate in IT works as a programmer for an Armenian company. She gives IT classes to younger students and also works as a freelance web designer. She is very busy with her work, but she always finds the time to see her friends, to have a drink after work, and to go to the movies. But, at 11 p.m. her time is up. She has to return home because “good” girls don’t hang around any later at night. She lives with her parents because she can’t afford to rent a property, and life in general is anyway too expensive. However, the reason is mainly cultural. Women don’t live by themselves – they leave their parents only when they get married. On the one, this is a show of “decency,” but on the other, it’s so as not to sever family ties, and therefore the unity of the Armenian family.

Armine, is 25 years old, and an English teacher in Goris, close to the border with Azerbaijan. She is the exception to the rule. She comes from Tatev, a nearby village, and she lives by herself. “It is very difficult to be a woman, work, be independent, not get married and Armenian,” she says. “People talk. They check who goes in and out my place, and ask questions.”

Armine lives by herself in Goris because that’s where she found a job. She says she is lucky if compared to other girls of her age. Not only have her parents encouraged her to study, although she at first wanted to study medicine but it was thought more appropriate to become a teacher, but when she found work at the school in Goris, her father even helped her to find an apartment. 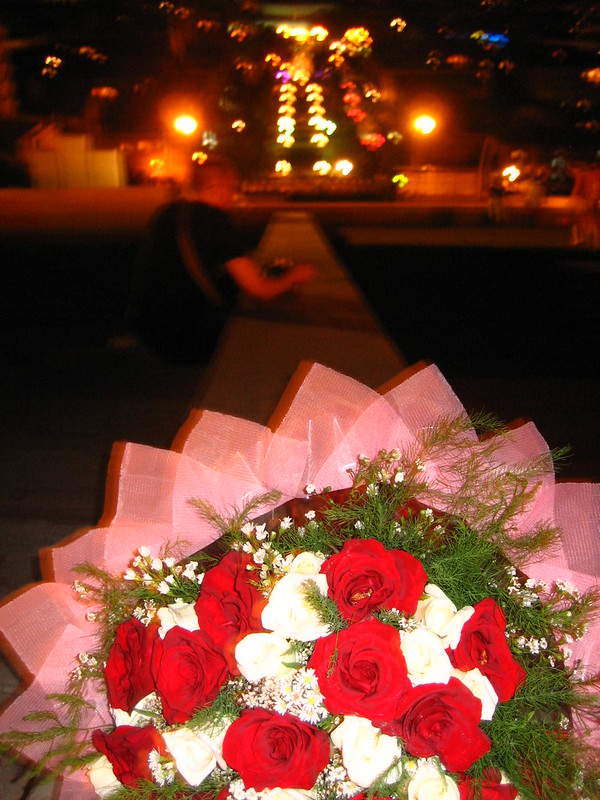 “Sometimes I feel that my brother is embarrassed because I live alone, but I’ve told him that he doesn’t have to feel ashamed because I don’t do anything wrong. If I behaved badly, or if I did something to ruin the reputation of my family, I could understand why my parents and my brother would set some limits and give me advice, but that’s not my case. I don’t have anything to hide. I only want to lead my own life, and I can’t accept somebody taking decisions for me.”

However, it’s not easy to be independent without having to forfeit something else. First, it is difficult to find a husband because men prefer less ambitious women that female neighbours don’t gossip about. Secondly, society isn’t formed enough to accommodate such women. “What makes me suffer the most about my being independent is the loneliness.” she adds. “I don’t have a social life as I don’t live with my family and I am not married. We are not in Yerevan, people don’t go out, and they’re not used to going to a café to have a drink, or to simply talk with friends.

And here a man and a woman cannot be friends. Sometimes it is very difficult for me, and I feel very lonely.” After having been part of the Soviet Union for more than 70 years, Armenia suffered an energy and social crisis linked to the war against Azerbaijan soon after independence was declared in 1991. Many Armenians, mainly men, left the country to look for a better future abroad, and joined Armenian communities spread across the globe. Mass migration deprived the country of its strongest members and caused the collapse of many families. Many women were left alone and had to find a job in order to feed their children in a country where the unemployment rate was severe and all facilities such as kindergartens or social security had disappeared. Today, Armenia is slowly recovering; locked up among Turkey, Azerbaijan, Iran and Georgia, the government of Yerevan has smooth relationships only with the last two, although it is much weaker, both in trade and in political terms. The woman of the Caucasus… The Soviet heritage is still very strong and, mostly in the regions, businesses are not very diversified and are just starting to develop. Furthermore, because of the mix of Soviet mentality and the return to strong traditional values after independence, young people, especially girls, lack mentors they can refer to.

Gulnara Shahinian, United Nations Black Sea consultant for the Global Programme against Trafficking in Human Beings and Board Member of the Armenian Ngo “Democracy Today”, agrees that the return to traditional values is the reason Armenian society is genderized, but she claims that there are many insipiring examples for girls.

“We must remember”, she highlights proudly, “that in Armenia girls education has always been valued and we were among the first countries in which women got the right to vote back in 1921. Historically, the situation in Armenia is completely different from other developing countries, where women have been looked down upon and kept out of social life. Here women have always been valued, respected, educated and have the same rights as men. Today, the Soviet heritage is probably what hampers the market economy, but not our girls. In Soviet times the level of education among was high and this has always encouraged the participation of women in society. The crises that we experienced later and the hard stages of adaptation to a market economy made us adopt the values of the past in order to overcome these crises and to survive. However, we do encourage girls to study. We are pushing for a larger participation of women in politics and we are obtaining significant results in many fields. Evolution is slow, but it’s an ongoing process. I am very positive about the future of this country.” 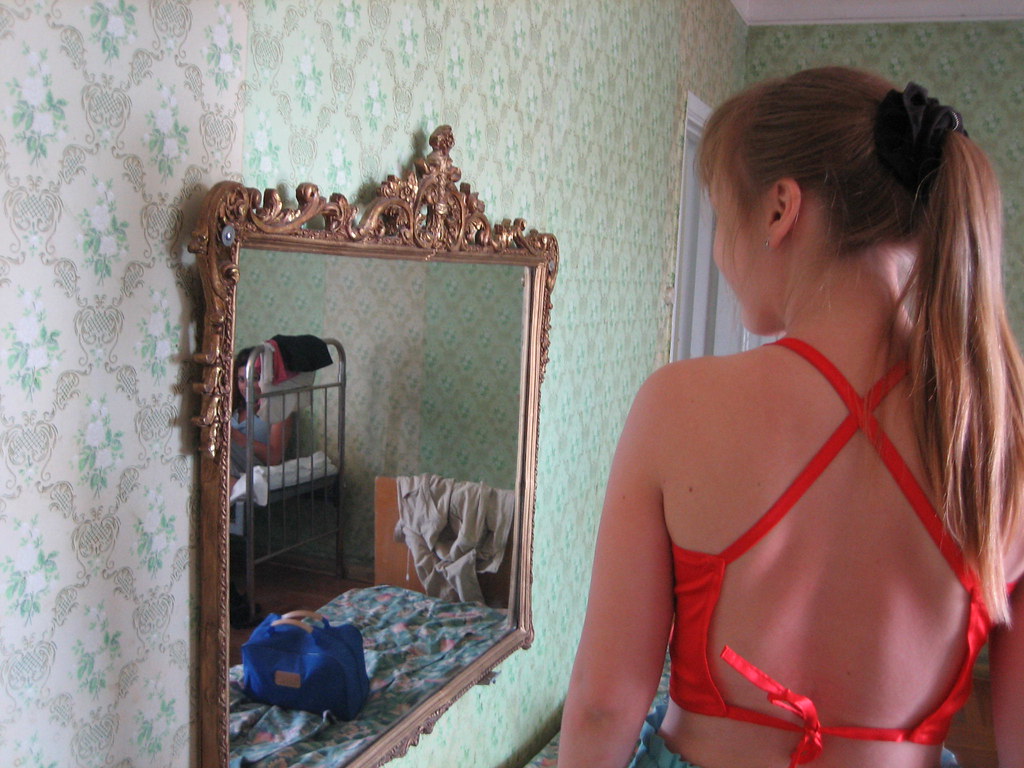 Probably a lot has been achieved, but there’s much more that needs to be improved. There are many fields in which women still tend to be excluded from, maybe not officially, but definitely on cultural grounds. Indeed, Armenian legislation on equal opportunities is very modern and men and women have the same rights and duties. Recently the government has adopted a program (2004-2010) to raise the status of women in all fields of society. One of the points of the program focuses on women’s participation in politics, and according to this resolution, 25 percent of people elected should be female. Although the program was agreed and signed by all political parties, the reality is still far from the principles outlined in this important document.

Women Business Society is a training program that aims at teaching business management theory and practice to Armenian women. They learn how to set up businesses as well as business terminlogy and concepts, and are asked to implement a project in their community at the end of the training. “The main problem is the lack of experience,“ explains Hillary and Phil George, the American Peace Corps Volunteers who launched and run the project, “Most of the women in our group are highly educated, but have never worked or attended any kind of internship. This is usually due to pressure from family or boyfriends. They support their women during their studies, but they prefer them not to have work experience because this would make them more independent and keep them away from home.“

The lack of equal opportunities in daily life is therefore related to culture. This was confirmed by the results of a survey recently conducted by the Women Resource Centre at Yerevan State University. Regardless of gender, age and economic status, people interviewed said they don’t consider the separation of roles and a strong genderized society as a form of discrimination or of lack of equal opportunities. Even domestic violence can be seen as normal, as is support of the education of boys more than of girls when finances mean that the family can not support both. The same happens in professional life. It is not perceived as discrimination to treat and pay women differently, even if legislation promotes full equal opportunities. The gap between legislation and attitude can be explained by the lack of knowledge of people interviewed. Most of them didn’t even know about the regulations and international conventions ratified by the government and were not aware of the activities carried out by civil society for the promotion of equal opportunities.

Furthermore, a big contradiction is highlighted by the survey. Although the law recognizes equal rights and duties between men and women, those interviewed perceive full equal opportunities as a threat to family ties, the most important value in the Armenian society. They fear equal opportunities are more linked to an individualistic society than to raising the status of women.

Armenia is undergoing a transition, and much is being achieved, but not all fields respond in the same way and at the same pace. There is a great gap between what experts say and what women feel everyday, but it’s probably just a matter of perception. A bit like a glass half full or half empty; what looks like a great achievement to some may not seem much to others. It is therefore necessary to keep working in order to balance these two perceptions as much as possible. Young people are called to actively participate in this process because they are the first generation to have so many opportunities and the real possibility to evolve the situation.

Without denying traditional values and betraying their family, girls should take hand of their men from their heads around their shoulders. They should walk freely next to them because flowers also need light to grow. 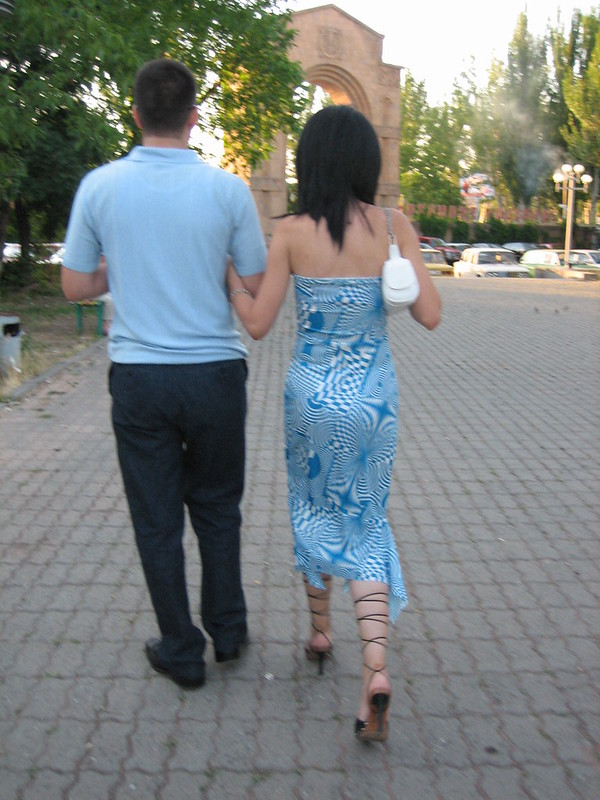